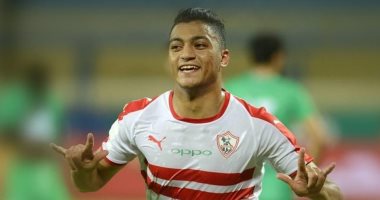 Abdel-Zahir El-Sakka, a former coach of the Tanta team, revealed the scenes of his loan to Mustafa Mohamed, the striker of Zamalek club, earlier, before his star rose to prominence with the white team. I said, I do not want Aseeb Zamalek, but I convinced him to leave and that he will not get a chance to participate unless he goes out on loan to prove himself, especially that he is competing with big stars in his position in the team.

Mustafa Mohamed, the star of Zamalek club, joined a long list of Egyptian stars who played in the Turkish league, after the White Castle administration agreed to loan the player to the Galata Saray team for a season and a half, during the current winter transfer market, to reinforce the Turkish giant’s attack.

The Zamalek club management announced that Mustafa Muhammad had moved to Galata Saray for $ 2 million, and the club’s management succeeded in putting in place a clause requiring the Turkish club to buy the player until December 31 for $ 4 million, and in the event that the Turkish club refused to buy the player for this amount, then the white man has the right to sell The player who pays the most, after this date.

Many Egyptian stars have played in the Turkish league over recent years, some of them have succeeded and shined and shined their name in the sky of Turkish football, and the other has died out and his professional experience there ended.