Mahalla striker: Beating Zamalek is equal to winning over any team – MasrawySoft Skip to content 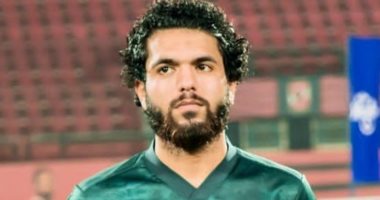 Abdo Yahya, the player of Ghazl El Mahalla, described his team’s recent victory over Zamalek in morale, explaining that Mahalla’s victory is like any meeting and is with 3 points, but he will make the difference with the team morally in the upcoming confrontations, and make his teammates more willing to collect more points.

Abdo Yahya, the player of Ghazl El Mahalla, scored the equalizer for his team against Zamalek in the 75th minute of the match that brought the two teams together at the Mahalla stadium in the 11th round of the League matches, and Ferjani Sassi scored the goal of progress for Zamalek in the 69th minute.

In a press statement, the Al-Ghaz player added that the vacillating start of the season was caused by the presence of a large number of players who had not participated in the Premier League before, but now things are better.

Abdo Yahya indicated that his team was affected by the infection of a large number of them with the Corona virus at the beginning of the season, along with the technical director, but now things are going well.

Regarding his idol, he confirmed that Emad Miteb, the star of Al-Ahly club and the former Egyptian national team, is his idol, and many have likened him to him since his childhood, which is something that undoubtedly makes him happy.

He concluded by saying that his original position on the stadium is a spearhead, but he participates with Ghazal Mahalla in the wing center, and is good at playing in both centers.

The Zamalek team had failed to achieve a victory over its counterpart Ghazal El-Mahalla in the match that was held the day before yesterday at Al-Mahalla Stadium in the 11th round of the League matches, where Zamalek advanced with a clean goal scored by Ferjani Sassi in the 69th minute of the match, and Abdo Yahya, the Mahalla player, tied in the 76th minute. From the age of the match, Al-Akhmimi snatched the winning goal in the 95th minute.

The defeat froze the balance of Zamalek at point 23 out of 10 games that it occupies the top of the league temporarily, while Al Mahalla’s balance rose to point 11 in the 10th place in the table.